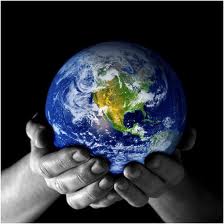 “Out of the darkness, comes light”  “What was meant for evil has become good”
“Out death, comes resurrection of new life”

In Response to the Novel, Wuhan Chinese COVID-19 Virus, In the Name of Public Health and Safety, It Appears Inevitable That Our Government Servants Will Resort to Dispatching FEMA and Deploying the National Guard to Most Dangerously Task of Rounding up Homeless/Houseless US Citizens to INDEFINITELY Confine, Contain, Intern, Concentrate Them In Facilities Located Outside Urban Centers On Federal Lands, Including Decommissioned Military Bases Similar to What’s Occurring in South Africa.
[See Below Narrative A]

Though Justiceville Alerted and Continues  To Alert This Presidential Administration Since September 2019; and My Friend, LA Mayor, the Hon. Eric Garcetti in June of 2019, Presenting To Each, Alternatives Measures To It, but Summarily Rejected, The JV Team Remains Committed To Still Offering A “Backdoor” of EXODUS For the Soon Interned Inmates to Other Locales of Productive Citizenship Opportunities.

Justiceville Offers An Exodus Plan For the Inmates When the POTUS Declares the Virus(s) Threat To Be Over. [See Narrative C]

The EXODUS II Plan is based on the first such exodus of a whole peoples from a land, according to the Hebrew Holy Scriptures (The Bible) account of the ancient, Israelite peoples’ Exodus from the bondages of the then Egyptian Empire and their 40 years journey through a wilderness, into another locale (Promised Land of GOD-HJaShem)…however, not a utopian state, but rather an existence that requires and affords them the freedom to build a thriving society.

For 35 years, the Justiceville activists have offered and continues to offer the only viable, Strategic National Policy Plan in the United Stares that proactively exploits the dark dilemma of “visible” homeless as a welcoming good omen light catalyst that:

Narrative A
In the name of stopping the spread of the Virus(s), our Republican Form of Government is either purposely marching or unintentionally stumbling in a state of fascism by dispatching FEMA (Federal Emergency Management Agency) and deploying the military efficiency of National Guard Units to rapidly, simultaneously roundup – collect “off the streets”, all “visible” homeless US citizens, particularly those whom are black, descendants of chattel slaves, et al, to be relocated into prepared, “public health and safety” facilities outside of the urban centers, on county, state and federal lands, including decommissioned military bases.

As it is the government Servants are void of a strategic plan for the inmates post the virus(s) threat, thereby keeping them confined there indefinitely, this military practice, which releases the fascist “dog” latent within all civilizations, is occurring in South African, the land of the legendary, Nobel Peace Prize winner, the Hon. Nelson Mandela who led the movement for freedom in that once racist, apartheid society.  The irony!

Narrative B
Hypothetically, provided that all the dangerous and controversial obstacles to National Guard roundup of said homeless/houseless, US citizens have cleared, and they are “temporarily” relocated, interned, confined, concentrated encamped in “public health and safety” facilities outside urban centers on county, state and federal lands, including decommissioned, military bases…

…when government declares virus threat to be over, when and where will this American inmates return to mainstream society?  Certainly not back to the neighborhoods from they were arrested.  Justiceville is offering EXODUS II Plan of Good Will and Hope, thereby transforming this dark time into one of productive light and greater advancement for all USA society.

Obviously, unless individuals can demonstrate to the administrative overseers of the facilities that they have housing, gainful employment or support system other than government welfare, the inmates will not be prohibited release, thereby having to remain indefinitely, on and within these now internment, concentration encampments, hence rendering the Union dissolved and the Republic lost to fascism.

Narrative C
Beginning with Los Angeles as the national and global model, Justiceville entitles this greatest of human ventures for higher quality of life for all, being based on the President John F. Kennedy “Moon Shot” initiative…“The New Frontier II: Operation Humanity”, which is according to the basic “blue print” of the Exodus Genesis Incentive Initiative Plan [E.G.I.I.P. – Transitioning “off the streets”] and the J.S.A.P. Joint Statement and Action Plan of the Law Enforcement Working Group

Peace On Earth Good Will Toward Humanity – Rally Sunday November 17, 2019 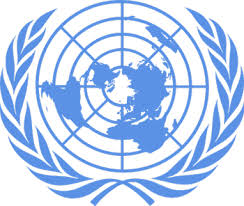 Thank You for Visiting :)